Crises often trigger reinvention. John F. Kennedy once famously said, “When written in Chinese, the word crisis is composed of two characters – one represents danger, and the other represents opportunity.” From the Great Depression of the 1930s and the fiscal crisis of the 1970s to the Great Recession of 2009 and the ongoing COVID-19 pandemic, crisis situations offer unique growth and reinvention possibilities. From New York and Rwanda to New Zealand and Nigeria, lessons abound in the context of harnessing Public-Private Partnerships (PPPs) in a crisis to optimize public service delivery.

In 2011, an earthquake struck New Zealand’s second-largest city, Christchurch, killing 185 people, injuring thousands, and reducing 80% of the city centre to rubble. Despite the trail of destruction, following a period of sustained construction, Christchurch bounced back.

During the Rwandan Civil War, an estimated 800,000 people were killed by Hutu militiamen, soldiers, and ordinary citizens over a period of about 100 days. In the aftermath of the genocide, the Government of Rwanda implemented a wide range of policy reforms in the hope of rebuilding the economy and society. Rwanda has made significant progress in economic and structural reforms since the end of the genocide, with impressive growth rates over time. And in many ways, the country has optimally leveraged the PPP model to achieve significant gains.

Despite being the epicenter of the COVID-19 outbreak during spring 2020, New York City leveraged its PPP expertise and robust innovation ecosystem to bounce back quickly. Throughout history, New York has successfully reinvented itself to address major changes in the world’s economy. In the aftermath of the fiscal crisis of the 1970s, the 9/11 attacks, the Global Financial Crisis, and Superstorm Sandy, the city persevered and bounced back stronger.

In October 2020, protests in opposition to Nigeria’s widely unpopular Special Anti-Robbery Squad (SARS) morphed into a widespread movement against police brutality and a broader call for social justice reforms. The #EndSARS protests led to a massive destruction of public and private assets in Lagos, Nigeria’s largest city. In the immediate aftermath of #EndSARS, accelerating the city’s reconstruction moved to the front burner of the public policy debate in Africa’s largest metropolitan agglomeration.

The central tenet of innovation clusters is about harnessing agglomeration economies from technology clusters into industry-led consortiums, with the overall goal of promoting intensive interactions, exchange of knowledge and expertise, attracting top talent, and advancing cutting-edge research and innovation. What does this imply in the context of a rebuilding effort after a major crisis?

Our esteemed panel of experts will unpack this. 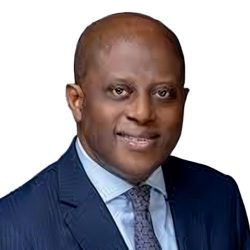 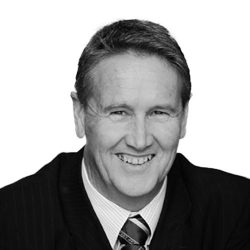 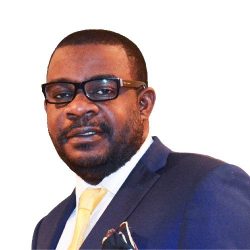 The event is by invitation only. For any questions on participation or collaboration, please send us an email: info@ecnnovateafrica.org